These are some of the articles I have published in a number of prestigious journals. To request an article of interest simply click on the article title or image. 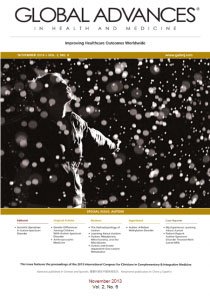 An information technology invention embodied in a website serving the interests of the autism community was designed to “let the data talk.” By its use, the authors have detected a downward temporal trend in 2013 in the sex ratio of 2431 members of Autism360.org from a yearly average between 2010 and 2012 of 4.24 to 3.01 in 2013. As of the first two months of 2014, the average sex ratio is 2.69. We report contemporaneous changes in previously reported male vs female symptom patterns. Such changes suggest a convergence in which distinctive severity of certain grouped central nervous, emotional, and immune profile items in females have diminished toward that of males. The data also show correlations among these profile items that add further credence to the sex ratio findings. A wider dispersion of the female data as compared with the male data was found in the year preceding the downward trend in the mean sex ratio. The authors suggest that such a trend toward an increase in the variance of the data points to instability in the biological system—the autism spectrum. We conclude that public policy would be better served by monitoring changes in the standard deviation as compared with the mean in large data sets to better anticipate changes. The findings we report raise questions based on known sex differences in detoxification chemistry. One such question would be whether maternal, fetal, or individual exposure to a novel environmental factor may have breached the taller fence of female protection from toxins.

The gender ratio among children in the autism spectrum of more than four boys to every girl is widely recognized. The authors present an analysis of gender differences among 79 482 symptoms and strengths in 1495 boys and 336 girls aged 2 to 18 years from parent-identified autistic children reported to a structurally novel anonymous parent-entered online database, Autism360. The data reveal differences that provide previously undetected clues to gender differences in immune and central nervous system and gastrointestinal functional disturbances. Together with published observations of male/female differences in inflammation, oxidative stress, and detoxication, these findings open doors to research focusing on gender physiology as clues to etiologic factors in autism. This study exemplifies a research method based on a large, detailed, patient-entered, structured data set in which patterns of individual illness and healing may answer collective questions about prevention and treatment. 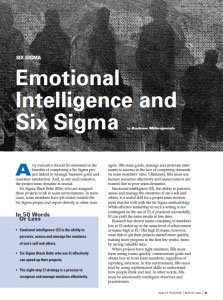 In 50 Words Or Less
Emotional intelligence (EI) is the ability to perceive, assess and manage the emotions of one’s self and others.

Six Sigma Black Belts who use EI effectively can speed up their projects.

The eight-step EI strategy is a process to recognize and manage emotions effectively. 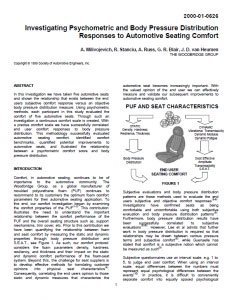 The Woodbridge Group continues to explore the role of the PUF cushion in the measured comfort of the entire seating system. In this investigation our expanded comfort analysis of 60 PUF cushions, currently in the market, is illustrated through statistical analysis and comparisons drawn between PUF front seat driver cushions designed in North America, Europe, and Japan. All of the cushions included in this study were obtained from production moulds using production chemistries.